I’m finding it hard to believe it’s been over two years since I visited the archaeological site my research focuses on – the Mycenaean ‘Palace of Nestor’ at Pylos in Messenia (south-western mainland Greece). The nostalgia’s been brought on by the team behind the excavation of the ‘Griffin Warrior Tomb‘ sharing some links earlier today to virtual tours of reconstructions of what the palace may have looked like before it was destroyed around 1200 BCE. Here’s the most extensive, from ‘Ancient Athens 3D‘: since it doesn’t have captions, I’ve provided a bit of commentary below, along with pictures of what these parts of the palace actually look like now. Enjoy the tour!

The tour starts with the front porch, and then heads through into the courtyard inside. 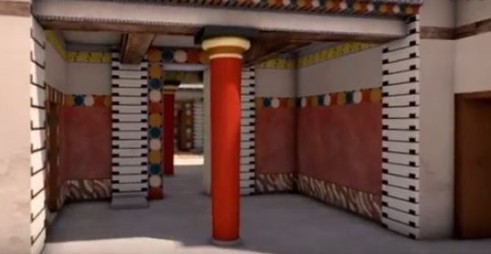 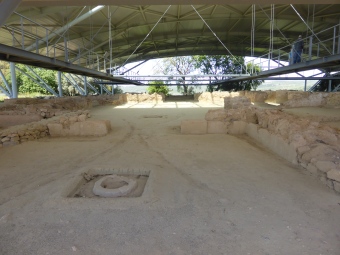 Front porch (as it is now) 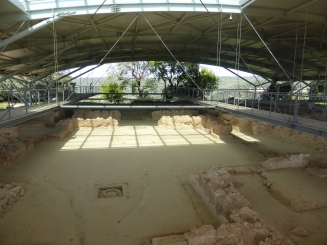 Courtyard as it is now, with column base

It then detours outside to the ‘Southwestern Building’, showing the frescoes in its porch. There’s another, more detailed reconstruction just of this building available here. Finally, the tour goes back into the main building, through the courtyard and a small vestibule (more frescoes) to the megaron or throne room, with its large central hearth and elaborate frescoes of griffins surrounding the throne. Here you can see not just the reconstruction and the actual view of the room now, but also some of the fragments from which the frescoes have been reconstructed. 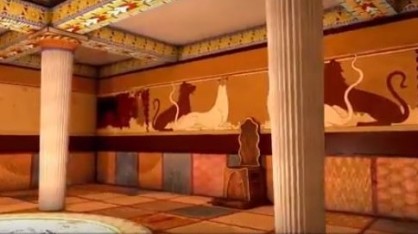 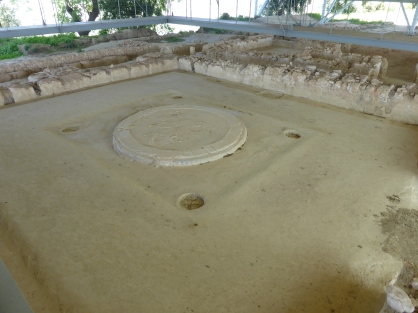 Throne room as it is now 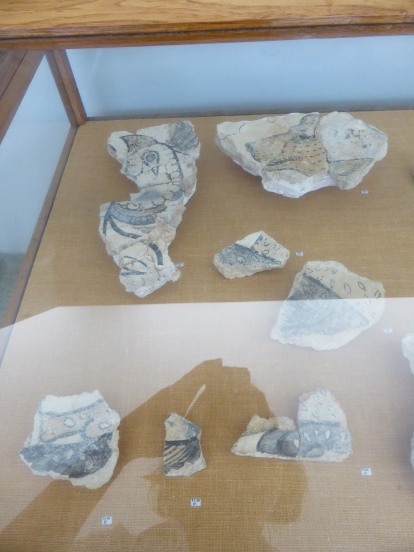 Fragments of the griffin fresco

As you can see from all these pictures, quite a lot of imagination can be needed when trying to reconstruct how a two-story, highly decorated building which now survives only as low walls and painted fragments might originally have looked!

All photographs by author, taken in the archaeological site of the Palace of Nestor and in the Chora Museum.

Researcher of Linear B, currently in Athens View all posts by Anna P. Judson

2 thoughts on “Visiting the Palace of Nestor at Pylos – virtually”

The Sportula: Microgrants for Classics Students

Along these lines ... by Debs Thorpe

Teaching Classics and Ancient History in HE

Everyday Orientalism
Mixed up in Classics

The Inclusive Latin Classroom
All for National Archaeological Museum Athens