I recently jumped on the Twitter bandwagon of writing poems in the style of William Carlos Williams, since it was pretty clear to me that the internet could only be improved by having more poems based on Linear B tablets:

This is just to say

I have counted
the tripods
that were in
the storeroom

and which
you were probably
wanting
for the feast

I thought now I’d talk a bit more about the actual Linear B tablets which inspired the poem, starting with the famous ‘tripod tablet’ from the palace of Pylos. This tablet famously proved that Linear B had been correctly deciphered as representing an early form of Greek, since the symbols representing different kinds of vessels matched their Greek descriptions: the three-legged vessels were preceded by the Greek word tripodes ‘tripods’, and jars depicted with four, three, and no handles were described as kwetrōwes ‘four-eared’, triōwes ‘three-eared’, and anōwes ‘with no ears’. (You can read more about this, and about the process by which Linear B was deciphered, here).

END_OF_DOCUMENT_TOKEN_TO_BE_REPLACED

A mysterious Easter discovery on the first day of April…

Archaeologists working on a rescue excavation in Athens city centre have just announced the discovery of a series of clay tablets inscribed in the Linear B script, the first to be found in the city. The tablets date from the end of the Bronze Age, c.1200 BCE, and provide exciting new evidence for ritual practices in Mycenaean Greece. According to the excavation director, Professor Ilithios Apriliou, the texts refer to a ritual taking place on the first day of the month Apate, tentatively identified as the fourth month of the Mycenaean year. Participants in the ritual are recorded as receiving varying quantities of barley, while other tablets list offerings of wine and olive oil to the god Hermes (Hermahas in Mycenaean Greek). The most enigmatic of the tablets appears to act as an introduction to the whole series; while much of its text is currently obscure, Prof. Apriliou believes it describes a part of the ritual in which participants compete to tell the most outrageous stories in honour of the trickster god Hermes. The tablet is, however, badly damaged, and this interpretation relies heavily on Prof. Apriliou’s suggested restorations; an alternative reading, in which the festival is simply opened by a council of elders, is equally possible, and only close further study – and, it is to be hoped, further discoveries of tablets – will reveal the true nature of this mysterious ancient celebration.

I’ve recently started taking some classes in modern Greek – something I’ve been meaning to do for ages, since it would be nice to be able to speak it when I travel to Greece (my repertoire up until now has consisted of a relatively fluent ability to order kebabs, but little else). The first thing people normally ask when I mention that I’m learning modern Greek is “how different is it really from ancient Greek?” To which the answer is, well, a) I can’t really speak ancient Greek, as opposed to reading it (the average Classics course is generally more concerned with teaching the vocabulary you need to read about the Persian War than useful phrases like “excuse me, I’m lost, which way is the marketplace please?”), and b) even if I could, I’d still have a lot of trouble making myself understood if I went around speaking it in modern-day Athens, because the language has changed so much. END_OF_DOCUMENT_TOKEN_TO_BE_REPLACED

Did you know that Roman triumphs featured unicorns? At least, according to a 16th-century Italian plate in the Fitzwilliam Museum they did!

Find out more here in the Cambridge Animal Alphabet series! 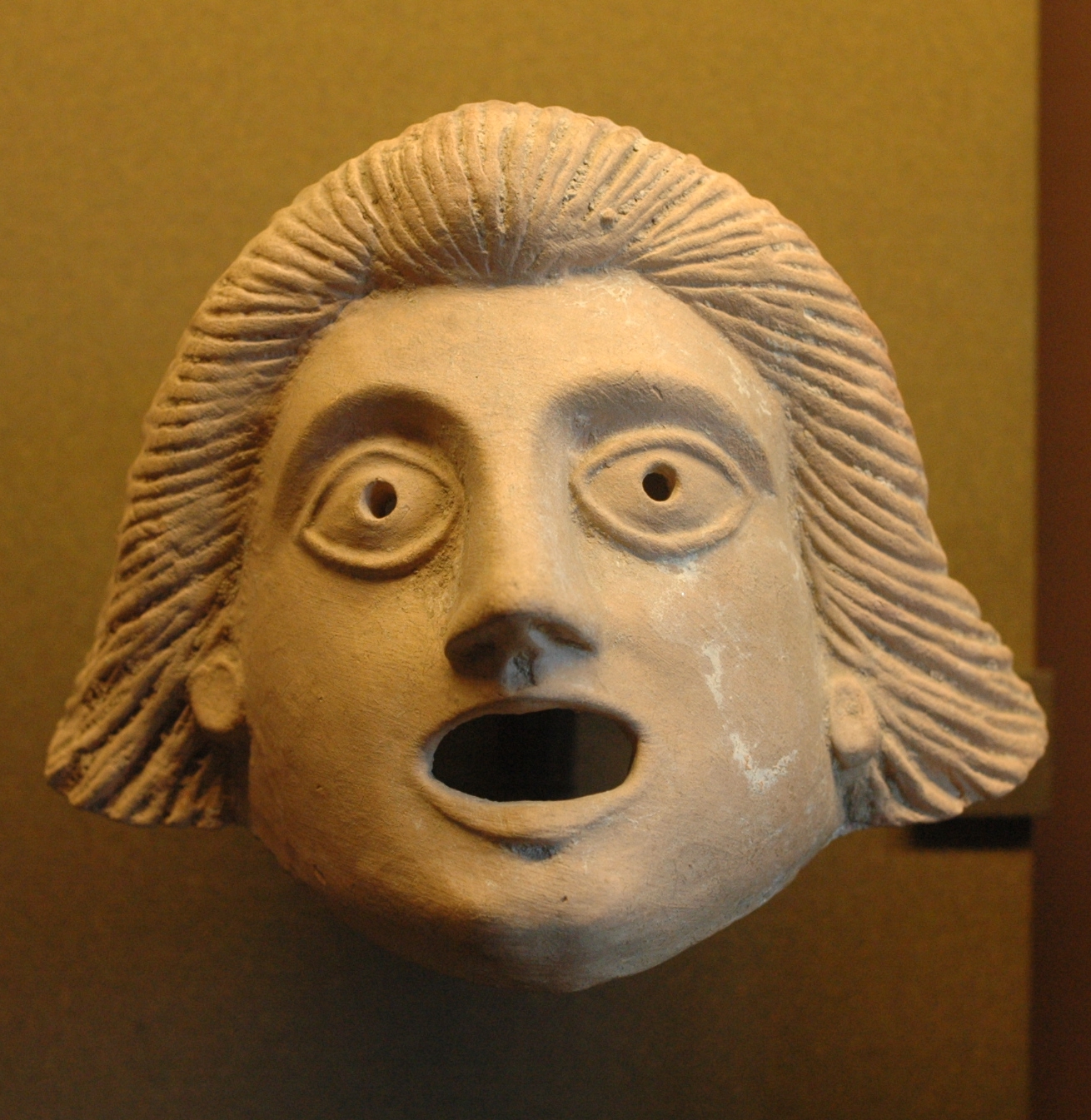 Ever felt as though your life were actually a Greek tragedy? Inspired by The Toast’s “How To Tell What Novel You’re In“, Res Gerendae presents a handy guide to establishing whether this is the case. If one or more of the following apply to you, you may well be a tragic character, and are advised to consult a literary scholar immediately (there will be nothing they can do to stop the inexorable progress of your fate, but they may be able to get a conference paper out of it). Additional symptoms missing from this list may be reported in the comments. END_OF_DOCUMENT_TOKEN_TO_BE_REPLACED

I’ve just come across this fun blog illustrating the Iliad, the Odyssey, and Greek myths in comic form, and thought I would share it. Favourite post so far: the infographic with a statistical breakdown of all the deaths in the Iliad, because who doesn’t sometimes need a quick reference to how many people are killed by rocks in the whole poem (10) or the Top Three Grimmest Death? Though I’m pretty sure that last one is debatable, so feel free to make your own nominations…

Editor’s note: This report was recently found pinned to the notice-board in the Graduate Common Room. It appears to be written by the same person as the previous anthropological report, but their identity remains a mystery. It is evident, however, that their fieldwork project in the Faculty is still ongoing.

Following my initial study of the event known as “Graduate Tea“, I have since been fortunate enough to gain access to the Classicists’ second important weekly ritual, the “Graduate Interdisciplinary Seminar” (or “GIS”, as it is generally referred to by the initiated).

END_OF_DOCUMENT_TOKEN_TO_BE_REPLACED

MPhils – want to know how you’ll do on your first essay? PhDs – want to know when, if ever, your thesis will finally be finished? Desperate to know the definitive answer to the Homeric Question, or whether Linear A will ever be deciphered? Help is at hand! The UCL Oracle is available entirely free of charge to answer all your questions, any time of the day or night, with no need to queue! Of course, interpreting the answers is still up to you, so take care – remember Croesus…

I thought I’d give it a test by asking if there was anyone wiser than Socrates. The answer:

Guess I’m going to have to try harder next time…But what will the oracle predict for YOUR future? Inquire if you dare!

In celebration of RG’s anniversary, it seems appropriate to look back over the last two years in the form of some site stats:

We have, at the time of writing, had 33,696 page views since the blog’s foundation.

As might be expected, the majority of these are from the U.K., with the U.S. in second place, but we also get a significant amount of traffic from Canada, Australia, various European countries, and (more unexpectedly) Brazil. Down at the bottom of the list, we’ve had single views from the Solomon Islands, Bahrain, Kenya, and Barbados, to name just a few. (Hello to readers from any of those places!)

The most-viewed post ever is Hannah’s ‘Eight Paintings of the Classical World‘, with 1,546 views, and the post that inspired the most comments was Fran’s ‘The Past That Was Loved A Lot‘. Nice work guys!

And finally, the best part – the search term analysis. Unsurprisingly the most common search term that people find us with is ‘res gerendae’, but you might not expect the next two places to be taken by ‘brian blessed’ and ‘simon woods’ (both featured here), nor that ‘hermann grassman‘ should be almost as popular. Venturing further down the list one finds phrases such as ‘awesome canadian postcards‘, ‘hunky soldiers‘, ‘visiting the pope proper protocol‘, ‘strictly female dancers‘, and of course the old favourite, ‘do sheep have one leg shorter than the other‘. One suspects that many of these searchers were not, in fact, looking for what they ended up finding – but we hope they enjoyed it nonetheless!

It's All Greek To Me
Blog at WordPress.com.
Loading Comments...